Black Breastfeeding Week. Understanding the History, the Obstacle and the ways to Improve. 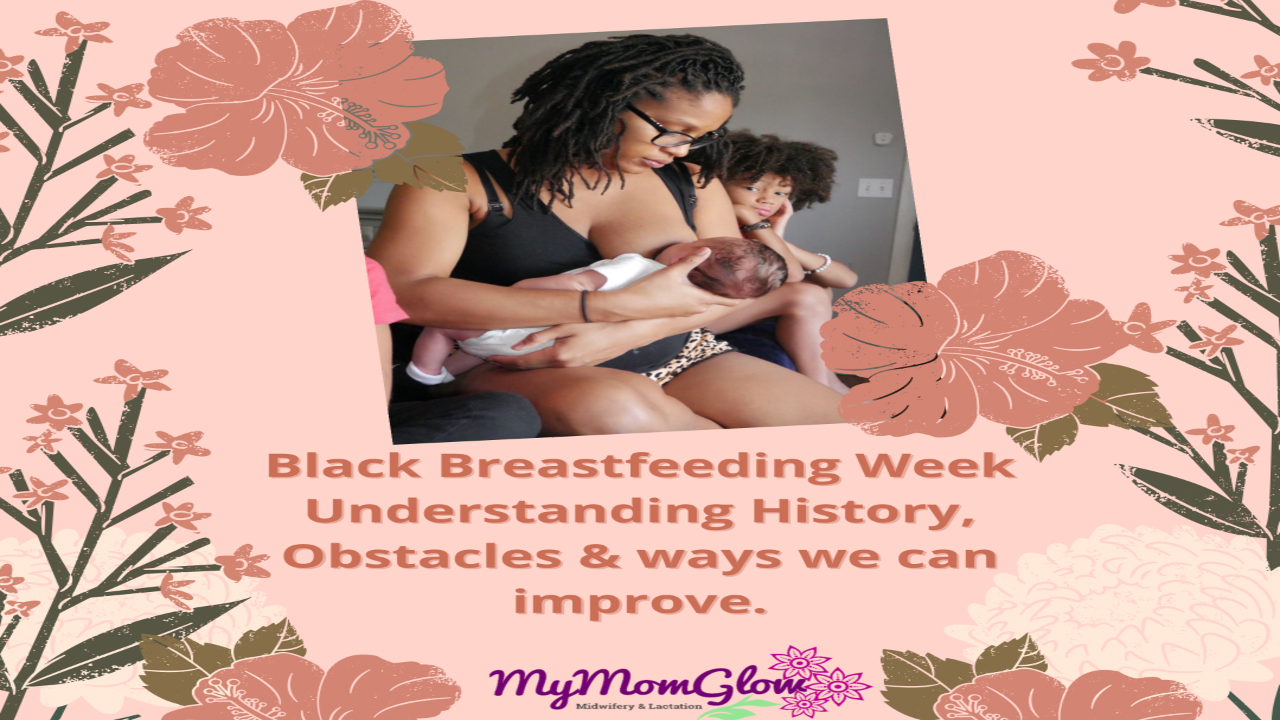 On the eve of the last day of Black Breastfeeding Week, it's important to really understand the importance and significance of this history. This year the theme was The Big Pause: Collective Rest for Collective Power. This theme is to honor rest as a revolution. A truly powerful message that should be collectively heard by all communities of mothers. Black Breastfeeding Week was created because for over 40+ years there has been a gaping racial disparity in breastfeeding rates. Black Breastfeeding Week aims to end the gaping racial disparity in breastfeeding rates while also encouraging diversity in the lactation field. Unfortunately, Black women are 3-4 times more likely to die as a result of pregnancy, compared to white women. Black babies suffer a mortality rate that is more then double then white babies often because of low birth weight, being premature or complications after birth. Promoting better maternal care, including  educating about the value of breastfeeding can help improve these rates. One issue is having access to this education and being able to relate. One of the most impactful  jobs I've had during my career was working at WIC as a Breastfeeding Peer Counselor. Being in the community and working with families from all walks of life was humbling and inspiring. A Peer Counselor is a paraprofessional support person who gives basic breastfeeding information and encouragement to WIC pregnant and breastfeeding mothers. However, for me it was so much more. I was a WIC Mom with my first baby. I was a young Latina women of color who really felt alone when it came to breastfeeding. I didn't see many people who looked like me breastfeed and for that matter I didn't have many women who looked like me support me. I am forever grateful for the Breastfeeding support I received from WIC but if i'm being honest, all of the Lactation Consultants where older white women. So here is my point,  Not only are there blatant racial disparities in breastfeeding rates, there is a blatant disparity in breastfeeding leadership as well. It's a well known fact that breastfeeding advocacy is white-female led. Unfortunately this shows a common misconception that black women don't breastfeed (they DO) and that many of the lactation professionals, are not culturally knowledgeable, sensitive or relevant enough to properly deal with women of color. The problem is rooted much deeper then this however, stemming from cultural barriers and a complex history connected to breastfeeding. Black women were forced to nurse white babies before they could even nurse their own babies during slavery. Even more so after the Civil War, Black women worked as wet nurses to get by. Breastfeeding was not a choice but something that Black women were forced to do. The scars and bond have never really been repaired and besides this, society and continued racism and bias has made it extremely hard. Studies show that maternity wards that serve a larger black populations are less likely to help black women initiate breastfeeding or offer lactation support following delivery. Another huge issue in the United States is Paid maternity leave is often too short and most women have to return back to work as early as 4-6 weeks. Not nearly enough time to establish and maintain breastfeeding. So as a community and society we have lots of work to do but understanding the history, the obstacles and areas we need to improve can greatly improve breastfeeding rates and overall better outcomes for women and children of color.